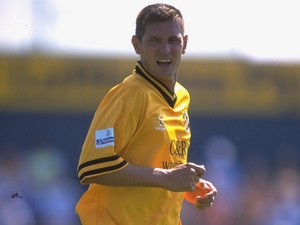 By Danielle Joynson on sportsmole.com

Former Cambridge United and Bristol Rovers footballer John Taylor has admitted that he was “destroying” those around him as a result of his gambling addiction.

The 49-year-old, who also represented Bradford City and Colchester United during his career, has revealed that he battled the addiction for 35 years.

In an interview with the East Anglian Daily Times, Taylor said: “It was unreasonable and unfair on others and just total chaos. My behaviour was soul destroying and destructive for everyone around me. But to me it was just my normal way of thinking and living.

“I have been married three times and gambling had a bearing on those relationships. I have ruined people’s lives with the fact that I was a selfish, inconsiderate, arrogant, conniving liar.”

Taylor, who said that he contemplated suicide twice during his struggle, began to turn his life around with a Gamblers’ Anonymous 12-step programme.

The retired striker made more than 330 appearances for Cambridge during his playing career.

Gambling like all other addictions not only affects the individual but also the family members. Help and support is available at Davina’s Ark for the individual and family.