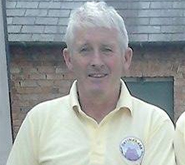 The following article is the second part of Kevin’s story. To read Part One click here.

Eamon deteriorated physically and mentally. Kevin says nearly beyond recognition. He was hospitalised several times with seizures. Still Eamon refused any help or support. He could no longer be talked to. He was incapable of listening. Eamon was in the late stages of alcoholism.

One of Eamon’s brothers had found Eamon’s car a short distance from the house and Eamon was missing.

At first they were not too alarmed as this was a usual occurrence for Eamon. It was on the third morning that their dad was quiet unsettled and said he going out to look for him. Kevin said he was going to work and to pacify his father said he would look for him.

Kevin tells me he searched a nearby bog a short distance from Eamon’s car. On entering the bog it wasn’t long before Kevin discovered his brother’s body.

On asking Kevin about this experience and what it was like for him, he recalls the sensation of feeling his head really hot and remembers a high pitch tone ringing in his head.

Kevin phoned another brother and it only seemed five minutes when his friend was beside him.

Kevin’s wife broke the news to his mother and took his two boys out of school who then weren’t long being next to their daddy at the scene.

Police had been called at 9:40am and Eamon’s body wasn’t removed until 2:30pm, which all added to the anguish and turmoil.

Kevin describes always expecting and waiting in anticipation of this day but said he was in no way prepared.

Kevin shares with me about mother’s acceptance of Eamon’s death. An acceptance that wasn’t of herself and that there was a knowing her faith would carry them through, and was in no doubt that this would not be the end of their relationship though heart sore with grief.

This disease takes life and good lives. On asking Kevin about favourite memories of Eamon, he recalls still living at home and as Eamon was working, as being older, would waken him with a Chinese.

Kevin talks about Eamon’s passing as surreal and they all feel the absence of Eamon’s presence.

I asked Kevin what would he say to any person who is having problems with alcohol today. He said “there’s always help out there, care enough about yourself to take it. Your life can turn around. You don’t need to go the harder road that Eamon had been destined to take.”